Inspirational stories in english for Make you Inspire 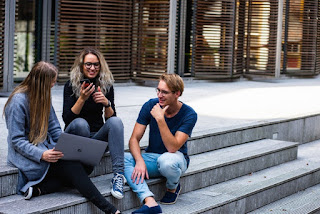 Once a bee collected honey in a pot and presented it to God to please him.

God was very pleased with that offering and said to the bee that whatever he wishes, it will be fulfilled.

Bee was very happy to hear this and said- “O Almighty God, if you are really pleased with me, then give me a boon that whomever I sting, will suffer in pain.

God was very angry on hearing this – “Apart from this, you don’t have any other wish.  Okay, I have promised to fulfill your wish, but there is a condition.

God again said to the bee – that you will sting whom you sting, but you too will die immediately. ”

God left from the second moment.

Education / Moral: – Those who want the bad of others also have their bad. 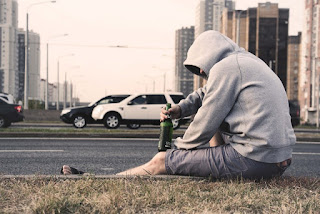 A man lived in a village.  The man was popularly known as Andhvishwasi in the entire village.  His wife was upset with him.  Whenever the milk of the man’s wife failed, he would get scared and immediately go to the temple and read.

If any glass thing broke from his wife, it would burst into flames.  Due to his behavior, there were distances between husband and wife.  The wife would do her work and let her do her work.

The man loved the cleanliness but due to the distance between the two, the house was also not being cleaned because the wife would say that if I cleaned and accidentally broke any glass thing from me, then you will scold me, so I will go home  Cannot be cleaned.

And the man says – Lakshmi and happiness can never come in the house where the man cleans.  Now there would be a lot of debate between the two about cleanliness too.  Finally, the man had to keep the work-bye.  But even the workwoman could not stay there for long due to her superstition.

One day his house was stolen.

On asking his wife to call the police, he said- “Stop.  Whenever there is any bad work in the house, it should be done after half an hour or another. ”

The wife sat there holding her forehead.  His wife used to think every day when her man’s superstition would be removed.  But it is said that the house of God is late, not dark.  One day something happened that all the superstitions of that man went away.

It happened that for a few days, the sound of a baby crying came from the coconut clump located behind the man’s house.  This scared him a lot.  His wife says that let’s see what is there.

But he does not let her get out of the house by scolding him.  One day he brought a tantric to his house.  The tantrik said at the time of coming to the house that there is a habitation of black powers at and around this house.  The man got scared.

He said- “Baba!  What to do now? ”Baba said that a havan has to be done and it will cost 21 thousand rupees.  His wife stopped him but he did not agree.  Even after the Havan, nothing happened.

One day Raju came out from his house who used to break coconuts from those coconut trees and sell them in the market.  He looked very upset, so the man asked him the reason.

Raju said- “My mobile had fallen somewhere near the coconut trees, I could not find it.”

The man said- “Raju!  Don’t go there.  There is the rule of black powers.  There comes the cry of a child crying every day. ”

Hearing this, Raju started laughing loudly and said- “Saab, how crazy you are.  That voice comes from my mobile.  I set the cry of the baby on my mobile. ”

The people standing around started laughing at the man and the man’s neck bowed down in shame. 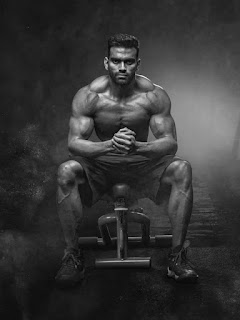 Was a fowler.  Once in the jungle he spread his net to trap the bird.  After a while, an eagle was trapped in its net.

He brought her home and cut her wings.  Now the eagle could not fly, just used to bounce around in the house.

A hunter lived near that fowler’s house.  Seeing this condition of eagle, he could not bear it.

He went to the fowler and said- “Friend, as far as I know, you have an eagle, from which you have cut wings. The eagle is a bird of prey.

Small animals eat and feed themselves.  It is necessary for him to fly.  But by cutting its wings you have crippled him.  Would you still sell it to me? ”

The eagle was not a useful bird for the fowler, so he obeyed the hunter and gave the eagle to him in exchange for some money.

The hunter brought the eagle to his house and began to take his medicine.  In two months, new wings of eagles came out.  They were as big as before.  Now he could fly.

To express his gratitude, the eagle killed a rabbit and brought it to the hunter.

A fox watching all this,

The fox said to the eagle- “Friend! What is the benefit of pleasing someone who cannot harm you?”

In response to this, the eagle said- “The person should be grateful to every person who has helped him and should beware of those who can cause harm.”

Education / Moral: – One should always be grateful to the one who helps.