Three stages between death and birth 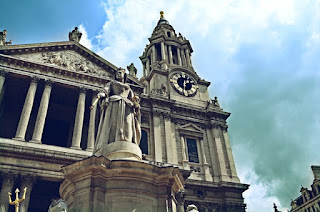 This sequence goes like this: When an awake person sleeps on the bed, he goes into a dream state first and then when sleep is deep, he is in a sleep state.  In the reverse order of this, he becomes awake again in the morning.  The person also stays in the above three stages at the same time.  Some people dream while awake, that is, they go into deep imagination.

The person who exits the above three stages and maintains his own existence is on the true path of salvation, liberation and God.  The above three stages are exited respectively.  For this one has to remain in the witnessing mind while meditating continuously: one attains the Turiya state, the Turiyatet state, the Bhagavata consciousness and the Brahmi consciousness.

When we are making a plan for the future, then instead of living in the present, we go to imagination.  This world of imagination is not a reality, it is a kind of dream-world.  When we are lost in a memory of the past, we go into the memory.  This is also another type of dream.

Most people die by living in the dream world, they currently live only 10 percent of their lives, so living in the present is an awakened state of consciousness.

2. Dream state: – The state between awakening and sleep is called dream state.  Drowning in sleep is called sleep state.  In the dream, the person is awake and sleeps a little.  There is a mix of ambiguous experiences and emotions, so when a person dreams, there is no confidence.

This is like removing all traffic lights and police from crowded areas and shutting down street lights.  In such a situation, the shaking of a person will also indicate the presence of a ghost or the movement of a rope will be like following a snake.  Our dreams are based on our life, thoughts, feelings and joys and sorrows throughout the day.  It can create any kind of world.

3. Sleep state: – Deep sleep is known as sleep.  Consciousness (we ourselves) rest in this state, including the five Gyan Kendriyas and the five Karmandriyas.  Five gyan senses – eye, srotra, rasna, olfactory and skin.  The five rituals – speech, hand, foot, Upastha and Payu.

It is like a clear and calm water whose floor is visible.  Turiya means fourth.  For the convenience of saying something about it let’s address it by number.  It is like a transparent glass or white screen of cinema above which nothing is projecting.

Awakening, dreaming, sleep, etc., the consciousnesses occur on the screen of the Turiya and as it happens, the Turkish consciousness makes them project our experience.  This is the base-consciousness.  This is where the spiritual journey begins, because the sorrow of the world beyond the Turiy is the joy of salvation on that side.  Just need to leap.

► Turiyatet stage: – The first step beyond the Turiy state is to experience Turiyat.  This state comes after the experience of Turiya becomes permanent.  The person attaining this state of consciousness is called a yogi or yogastha.

In this state, the person installed does not get tired even while doing continuous work.  In this state, work and rest meet at the same point.  Having attained this stage, he became life-free.  In this state one does not need the gross body or the senses.  He can do everything without them.  Spontaneous state of consciousness is also called Sahaja-Samadhi.

In this state nothing remains hidden from the person and he considers the whole world to be the authority of God.  This is the state of a great Siddha yogi.

This state is called the state of samadhi in yoga.  Jite-ji Moksha..